Last week you will all hopefully have received through the post a ballot paper for you to vote in OUR union’s General Secretary elections.

In a member-led union, UNISON encourages you to be heard and to have a say in who you think should be our next General Secretary.

SHU UNISON have nominated Paul Holmes for General Secretary because:

The ballot is postal-only. Make sure you vote!

As you may know already, Dave Prentis is retiring as UNISON general secretary at the end of the year, and an election is currently underway.

To get on the ballot, candidates must be nominated by at least 25 of UNISON’s 834 local branches who are participating in the election.

Our branch agreed at the branch committee on 9th September to hold a nomination meeting, which was scheduled for 16th September.

Seven members of the branch committee attended the meeting, and only one nomination (for Paul Holmes) was made. A vote was then held on whether our branch would nominate Paul Holmes as a candidate, the results were as follows:

The nominations process is now closed, and the general ballot of UNISON members will now run from October 28th to November 27th, with the result being announced on January 11th. 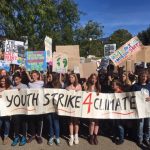 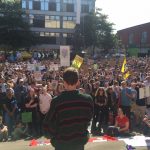 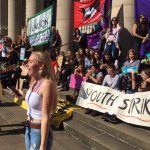 The Sheffield Telegraph recently published an article about the number of support staff leaving the University following the implementation of the Professional Service Operating Model for Student and Academic Services.  As a major employer in the city, the loss of so many jobs at SHU is clearly significant.

The article prominently carried a quote on the situation from Branch Secretary Dan Bye, referring to the overwhelming support for UNISON’s motion of no-confidence in the implementation process, a motion we believe has been vindicated by events since the new year.

UCU has announced that members working in higher education have voted in favour of strike action in UK universities in a row over pay.

Almost two thirds (65.4%) of members who voted backed strike action and over three quarters (77.3%) voted for action short of a strike.

END_OF_DOCUMENT_TOKEN_TO_BE_REPLACED

This week the Trade Union Bill went back to the House of Commons. We didn’t manage to defeat the entire bill, but we did manage to remove several elements of it that would have irrevocably damaged the trade union movement.

END_OF_DOCUMENT_TOKEN_TO_BE_REPLACED

“After 27 years of lies and cover-ups, the families of the 96 finally have justice. This has been a struggle that united a city and then a nation behind the battle for truth and accountability.

“For too long, smears in the media and by the authorities meant that justice was denied. UNISON has been proud to stand with the families and the campaign from the outset. We shared their desire for justice because many of our members saw what really happened on that terrible afternoon.

“This has always been a cause that is close to my heart. Like so many people, I will be thinking of friends and family today, and those who were taken from us all those years ago.” 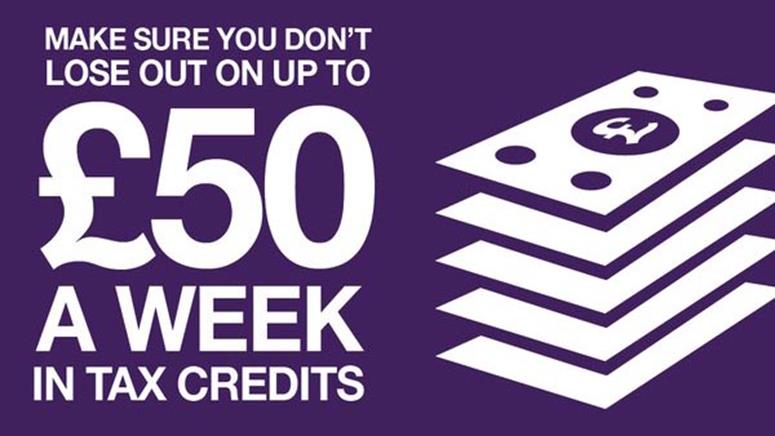 UNISON’s higher education service group executive has decided to accept the employer’s pay offer, after 72% of members voted to back it read more

This branch of UNISON is running a campaign to raise awareness of the benefits of taking a proper break at lunch time. Taking a break has been shown to improve wellbeing and mental health as well as increasing productivity – a win-win for everyone! 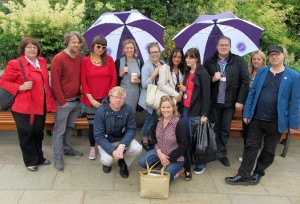 As a start to the campaign we organised a picnic lunch in the Peace Gardens on Wednesday 8th July. Several members attended the lunch where there was fruit available, a raffle and the chance to catch up with colleagues. We also had two new members sign up on the day.

Hallam Active has generously donated more free class vouchers and if you were unable to attend the lunch and would like to make use of the vouchers, please contact Tracey Holland who will arrange to send you a voucher. If you give the gym a try, let us know how you get on!

We are planning further follow up activities – if you have any suggestions just let us know!