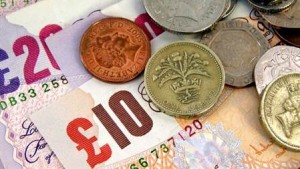 UNISON has condemned the huge gap between university leaders and the lowest paid following the release of a report that shows the average university boss now paid £272,432 – up 3% from the previous year.

Over the past five years, vice-chancellors have seen their salaries rocket by 14%, while staff saw their pay rise by just 5% over the same period.

Some vice chancellors also receive significant benefits, such as their living expenses, on top of their salary, while UNISON members have to pay those out of their salary.

At the same, higher education has seen more students and substantial surpluses, and been praised as an economic success.

“Staff in higher education have suffered years of pay restraint, but today’s findings in a report by our sister union UCU, show that this is not replicated for senior managers in the sector,” noted UNISON head of higher education Donna Rowe-Merriman.

“The disparity between high pay and low pay needs to be addressed urgently.

“This year’s pay negotiations have started and it is time that all staff should share in the success of the UK universities.

“The number of university staff earning below the living wage is nearly equal to those on salaries of more than £100,000 a year. The majority of staff have suffered a number of years of low pay awards and some universities steadfastly refuse to pay the living wage to their lowest salaried workers.”

Freedom of Information Act requests last year showed that 7,554 employees at UK universities earned more than £100,000 a year, including nine on more than £500,000.

No Scottish university pays staff below the living wage, yet some universities in other parts of the UK claim they cannot find the money to become accredited living wage employers and make sure that the lowest paid workers receive a decent standard of living.

UNISON has put in more FOI requests to update the information.

“Members deserve fair pay for the work that they do in UK universities,” said Ms Rowe-Merriman.

“According to the government, higher education is the ‘jewel in the crown’ of the UK economy and has been an economic success story in recent years.

“There is one rule for the highest paid and another rule for everyone else.”