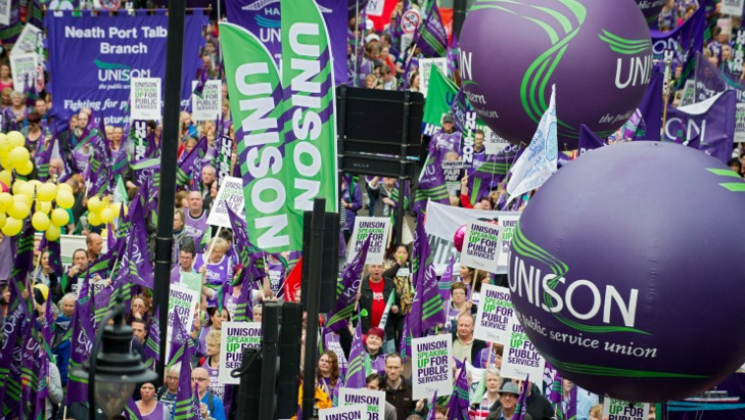 This week the Trade Union Bill went back to the House of Commons. We didn’t manage to defeat the entire bill, but we did manage to remove several elements of it that would have irrevocably damaged the trade union movement.

The final bill looks drastically different from when it was proposed last year. And to achieve that, we ran a campaign to be proud of.

UNISON members across the UK took part. There were marches in major cities, members visited their MPs and wrote to their local councillors, others attended Parliament for a mass lobby, there was a week of action in February, and much more.

We emphasised that trade unions have a positive impact on the workplace, and that trade union members are the very people who can solve the country’s economic problems. We said that MPs needed to focus on the real problems the country faces and talk to us about how we can work together for a better future.

And many people listened. Senior figures on the left and the right came out in opposition to the bill – from human rights groups Amnesty and Liberty condemning it as an attack on civil liberties, to The Regulatory Policy Committee, the independent body appointed by the government to scrutinise regulatory proposals, calling it ‘not fit for purpose,’ to Conservative MP David Davis comparing part of the bill to Franco’s Spain.

So what did we achieve?

The key changes we won:

These added to concessions already made to:

Though this bill is still a damaging and undemocratic piece of legislation, we should be proud of the campaign we have run.

UNISON general secretary Dave Prentis said: “Of course we’d rather the bill had never existed, and there is much that is still wrong with it. Even with today’s amendments it still places unnecessary burdens on working people and their unions.

“But ministers have sensibly listened to many of the arguments put to them. They have rowed back from many of the proposals that would have placed unbearable restrictions on unions’ ability to function in public sector workplaces across the country.”