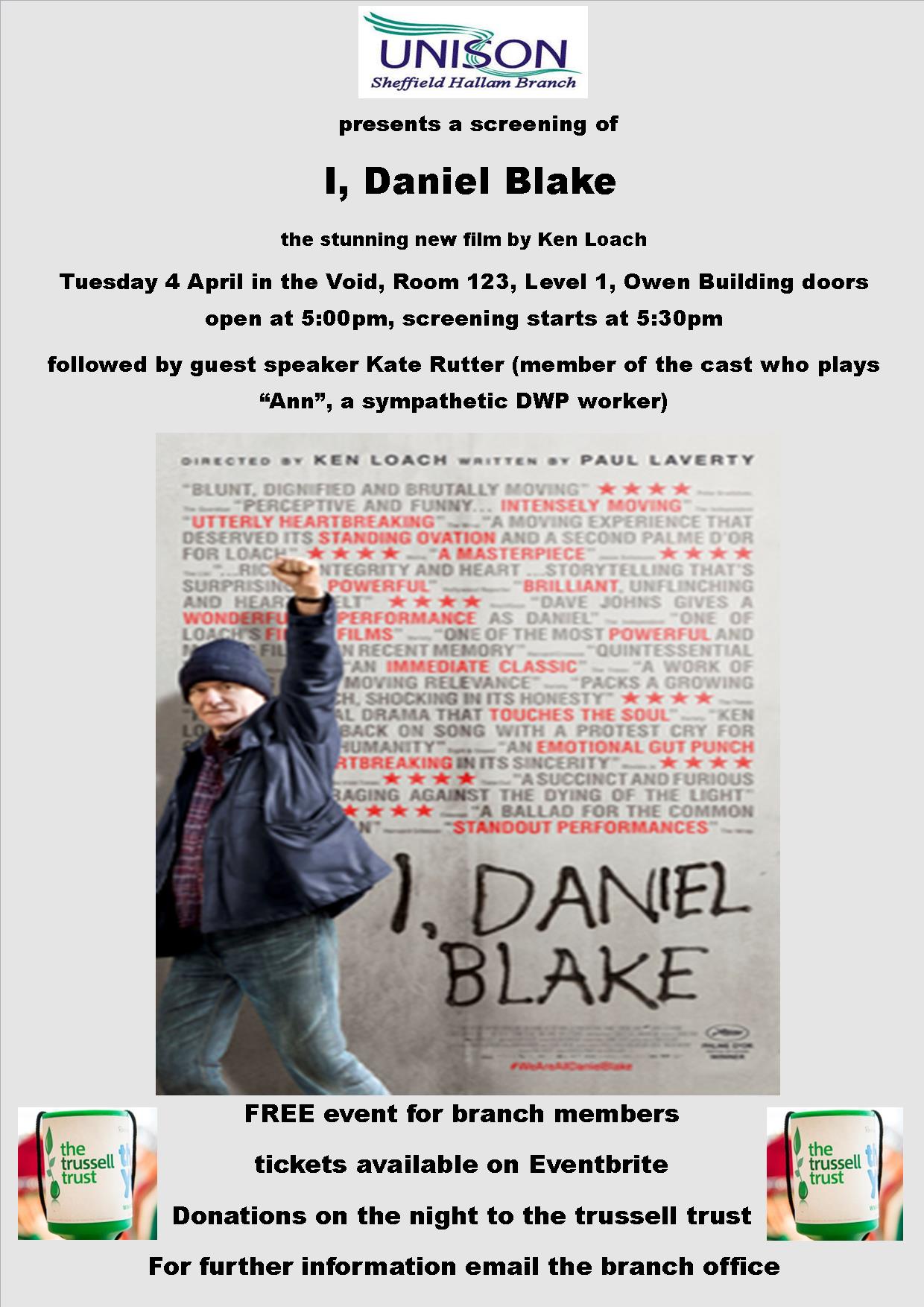 CLICK HERE FOR FREE TICKET FOR I, DANIEL BLAKE AND FULL DETAILS

Ken Loach’s starkly moving film I, Daniel Blake was a hit with the public and critics alike when it was released in 2016, and recently won a Bafta for Best British Film. It tells the story of Daniel Blake, a joiner who suffers a heart attack and is plunged into the nightmarish and cruel bureaucracy of the UK benefits system.

Now we’re offering a chance to see the film for free, accompanied by insights from one of the stars of the film, Kate Rutter. See an interview with Kate.

Here are the details:

Free but donations to the Trussell Trust welcome

The event is free to UNISON members. Spaces are limited so you must book your place.