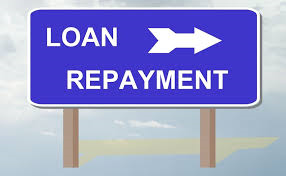 Members who are paying back a student loan should check that the correct amounts are being deducted.

There is no indication that this is a widespread or systematic problem, but the possibility of error exists and could have significant financial consequences.   We have had some examples over the last year of members who have became aware that they were overpaying on their student loan, and so we thought it was useful to raise awareness of the issue.

Refunds can be made where mistakes are made, but note that issues need raising with the Student Loan Company.   The University payroll team is instructed by HMRC (who get their information from SLC) of any changes to student loan repayment plans, and are not otherwise able to make any changes.

First of all, check that you are liable to make repayments. There are tens of thousands of people who are known to have started repaying too early. Liability only starts in the April after you graduate or leave higher education. And you don’t need to repay unless your earnings have reached the necessary threshold in any tax year.   The current threshold for those who started University during or after 2012 (England/Wales) is £25,000.  It’s different in Scotland and Northern Ireland.

Secondly, check that repayments have been stopped or started as appropriate if your earnings dropped below the threshold in a month – although the earnings threshold is for a tax year, the calculation will be on a monthly basis.

Thirdly, check that you are not still paying despite having paid off your loan.   Again, tens of thousands of people have ended up overpaying because of the way in which HMRC annually report earnings to the Student Loans Company – eventually this should be detected and notified to the affected individual, but let them know if you spot it yourself.

If you want more information or need to check any details, see the Student Loans Company website:  http://www.studentloanrepayment.co.uk

If you have overpaid and want to be refunded, call the Student Loan Company on 0300 100 0611.  You might need personal data such as national insurance number, payroll number and PAYE reference.